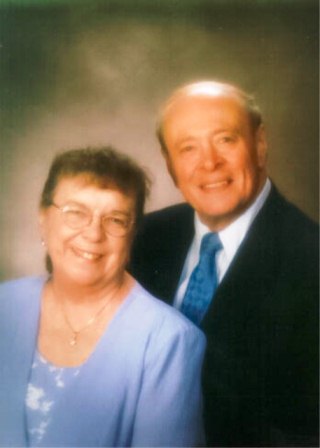 The Paul & Marion Walz Memorial Scholarship was established with the memorial contributions by family and friends in 2005. The scholarship was created to honor Paul’s memory and to carry on his legacy of the importance of education.

The scholarship will be awarded annually to a Bismarck High School graduate who understands the value of education and has a sincere interest to learn. The student must have received good grades in high school and have attributes similar to Paul’s. Paul lived his entire life – giving of himself, respectful of others, true to his beliefs, good in his word, and never one to draw attention to himself. Paul was a kind, honest, down-to-earth family man who believed in working hard.

Paul graduated from Bismarck High School in 1952. He was active in sports and excelled academically at BHS. He served in the US Navy based in Quanset Point, Rhode Island. After his honorable discharge from the Navy, he attended Johnson and Wales University where he earned his accounting degree and was class valedictorian. Paul and Marion moved back to Bismarck, ND in 1960 and all four of the Walz children (Paulamarie, Paticia, Barbara, and David) graduated from BHS.

Paul was a staunch supporter of education. He encouraged his kids to attend college and pursue their dreams. In addition, he routinely talked to and “pressured” friends of the family and any kids on the importance of attending college. At one point in his life, he opened a recreation center for kids to have somewhere to go (The Mini-Rec). He became a surrogate father and supporter to some of the young patrons, and convinced many of them of the importance of graduating from high school and going to college.