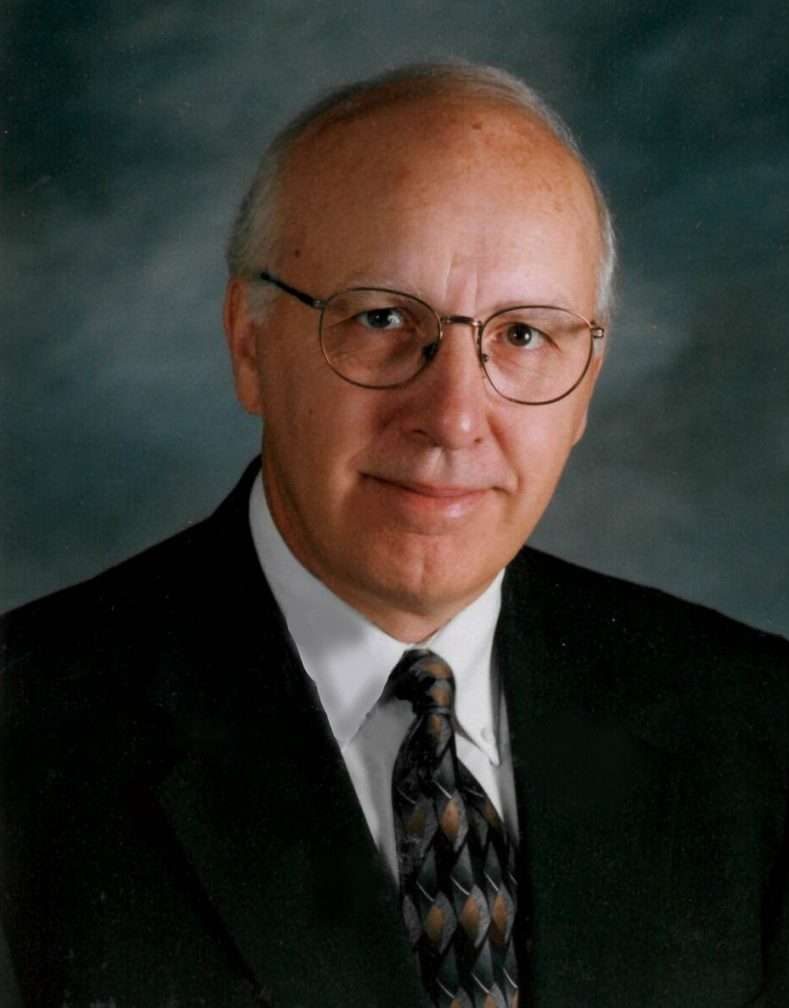 The Tom Hesford Memorial Scholarship has been established in Tom’s memory by his family and friends who would like to see his passion, for education and helping others to succeed, be passed on to future generations. Tom was a dedicated, well-liked teacher at Bismarck High School from 1967 to 1991 and a beloved, visionary principal from 1991 to 2004.

When he was less than two years old Tom’s parents divorced and his father walked out of his life, never to be seen again. When he was three years old, his mother died in childbirth along with his baby sister. Since his stepfather was unable to care for him, he became an orphan and was passed from one relative to another, frequently moving to different towns in North Dakota and Minnesota. His grandparents and their three sons and families took turns helping to raise him. The family dynamics were often extremely difficult, leaving Tom struggling to find stability as he was growing up.

Tom’s grandparents were very poor. He remembers his grandmother making oatmeal in the morning and making patties from what was left, to fry for supper. They were never able to own a car or a television.

Today, he would have been labeled as disadvantaged or “at risk”. At that time he just considered himself a poor kid from a tough family.

Tom noted that countless times in his life he had been told that he was a survivor. But, when he looked back at his unstable beginnings, he didn’t think of himself that way. He felt he was the luckiest person in the world for several reasons.

Although he was raised in poverty without parents, he knew he was raised by people who cared about him. His whole life he was surrounded by teachers and coaches who cared about him. The Latin teacher who wouldn’t allow him to believe that good enough was good enough. The English teacher who convinced him that writing wasn’t about grammar but about having something to say. The football coach who believed in him, even when he didn’t believe in himself. And ultimately, a wonderful wife and family who made him an important part of their lives.

Early on Tom learned to believe in possibilities and developed a vision of what he wanted his life to be. For him, education was the vehicle he rode to achieve that vision. He knew that earning an education is more difficult when a student comes from poverty, and so he had to work hard, very hard! Because he was poor he knew he wanted a life with more than refried oatmeal patties. From opportunities during high school, he learned that he wanted to help others and that he felt like he could make a difference in other people’s lives. These feelings drew him to education right from the beginning.

Tom began teaching at Bismarck High in the fall of 1967 and for the next 24 years he was a role model of resilience, perseverance, hard work, compassion and empathy for a generation of students. His expectations, tempered with a healthy dose of good humor, provided motivation for a countless number of students through the years.

In 1991, Tom became a principal. After two years at Century High School, he came back home to Bismarck High where the skills that he had honed as a teacher served him well as an administrator. He was admired for his visionary leadership and for his unwavering loyalty to his teachers, his students, and his school.

Tom’s vision was simple. He wanted a better life for himself and his family, and he wanted to contribute to helping others have better lives. In that he succeeded!

(Most of the information shared here, Tom included in his final graduation speech with the BHS 2004 Senior Class.)