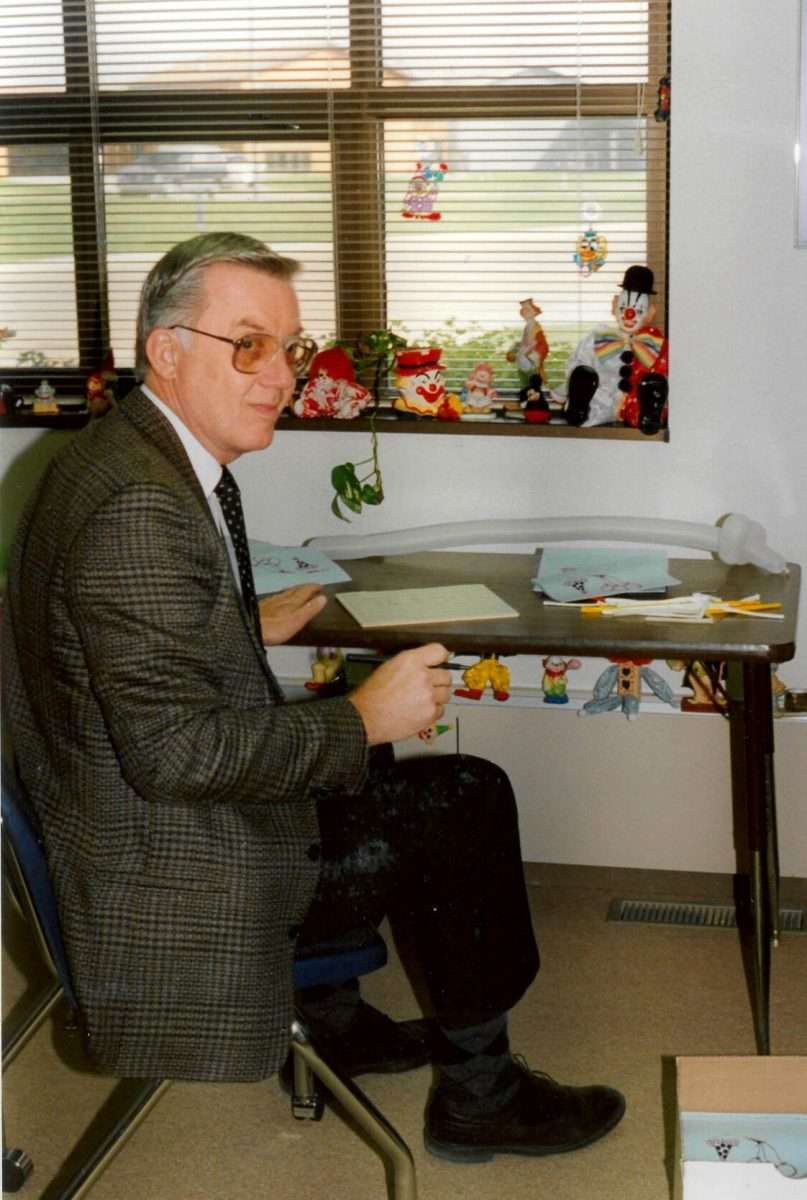 The Don Prouty Memorial Scholarship was created in 2022 for a longtime Bismarck Public Schools principal and entrepreneur, Don Prouty. It was established by Pamela Carlen Ihmels, a retired Bismarck Public Schools teacher and coach. Prouty hired Ihmels in 1994 as a driver’s education instructor for the business he and his wife Bernie started in 1970, Don’s Driving School. Ihmels and Prouty worked together there for twenty-five years. Ihmels seeks to continue his legacy in the field of education by awarding a $1250 annual scholarship to an outstanding BPS graduating senior with an intended major in education. Preference will be given to students who were involved in athletics and/or peer-to-peer groups.

Prouty was born and raised in Washburn, ND and graduated from Washburn Public Schools in 1956. Throughout high school he was a gifted athlete who lettered in football, basketball, baseball and track. His athletic accomplishments frequented the sports pages where it was common to see his career highlights that years later had yet to be broken.

He continued his academic education and athletic career at Bismarck Junior College from 1956 to 1958 and at Dickinson State College from 1958 to 1960. Prouty married Bernie Frohlich in 1958. He studied at NDSU and UND for graduate work and summer school while being a father to three young girls; Danell, Susan and Lynn. Prouty received his master’s degree from NDSU in 1967.

His first teaching assignment was in Dunseith, ND where he taught English, Geography and coached football, basketball, baseball and track from 1960 to 1962.  In 1962 he moved his young family to Bismarck, ND and began teaching and coaching at Hughes Junior High School for the next six years. He became principal of Grimsrud Elementary in 1968. Prouty would spend the next twenty-four years in Bismarck Public Schools Administration. He was the principal at Wachter, Saxvik, Rita Murphy, Dorothy Moses and Lincoln Elementary schools before he was honored to become principal of Solheim Elementary, a brand-new school named after his mentor Vic Solheim. Solheim hired Prouty for his first position in Bismarck, ND at Hughes Junior High School twenty-five years earlier.

The goal of this scholarship is to carry on Prouty’s guiding principles into future generations of educators with the help of this scholarship. Mr. Prouty always signed off the public address system with “Have a super academic day!”

Additional scholarship information, including applicant criteria and application form as well as ways to contribute can be found here: https://bpsfoundation.com/project/don-prouty-memorial-scholarship/

The Eide Family Scholarship was established in...
Read More

The BPS District provides meals to all students...
Read More

Wachter Middle School announces Students of the Quarter for Q1

Bismarck High School announces Students of the Quarter for Q1

Legacy High School announces Students of the Quarter for Q1